The clouds parted from the sun just long enough for Charlie to feel his cheeks warm against the autumn breeze. The haze-filled sky consumed its rays before the tip of his nose could thaw. Charlie cupped his hand over it to fight the shots of cold pain while he watched the eight-year-old version of himself call out flight instructions to his copilot, John.

John and Charlie had lived next door to each other since they could remember life outside their cribs–life before that was irrelevant. They were roughly the same age, size, and height, so they were often confused as brothers. Charlie had gone over to John’s house that Saturday afternoon back in 1994. It was mid January and the boys were bouncing off the walls. John’s mother took them to The Chanute Aerospace Museum in Rantoul with the prayer they’d burn off some energy.

Charlie grabbed the Canon DSR hanging from the strap around his neck while he watched the two boys flip dials on the authentic interior pilots cabin. He knelt down on one knee and raised the camera to his face as he heard the two best friends calling out, ” mayday!” and, ”We’re goin down!” John was the one to simulate the sounds of explosions before jumping out of the cockpit and running off to the next cool thing for them to explore.

Time seemed to be on their side, that cold day twenty-four years ago, thought Charlie as his eyes opened into the camera lens. The haze parted from the sun again as Charlie began to focus the camera on the abandoned building that used to house The Chanute Aerospace Museum in Rantoul.

Charlie did not feel that way about time when the setting autumn sun cast a golden hue upon the crumbling red bricks of the building which had fostered such fond memories of time shared with his best friend. Nor did he feel that way when his finger came down and the shutter clicked, capturing the crumbled and decayed remains of his long passed childhood into permanency. 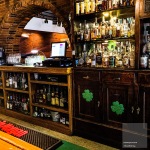 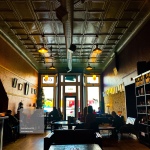 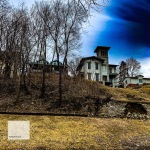 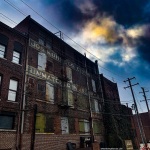 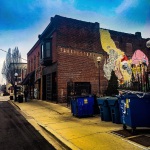 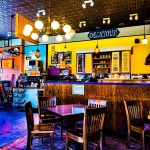 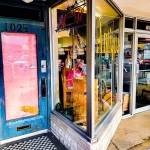 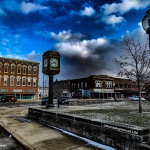 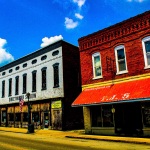